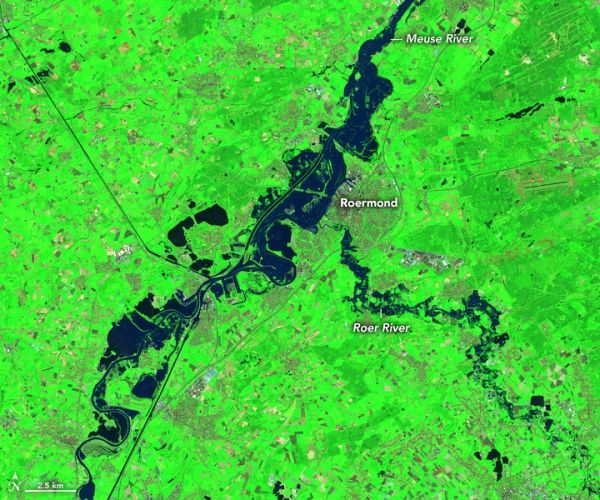 Flash floods have devastated several communities in Germany, Belgium, and The Netherlands.

Communities in Germany, Belgium, and The Netherlands are reeling after extreme July rainfall swamped parts of Western Europe. Some of the worst-hit areas saw as much as two months of rain within 24 hours—enough to break precipitation records, push rivers to new heights, and trigger devastating flash floods.

Nighttime downpours on July 14-15, 2021, proved especially damaging. Many people were asleep when the most intense rain fell, and they were caught off guard as rivers raged, dams failed, and floodwaters inundated homes.

News media estimated that 196 people were killed by flooding and thousands more were injured. Hundreds of people are still listed as missing.