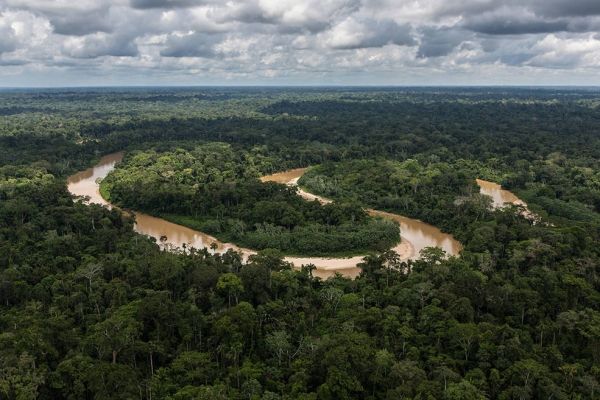 The finding comes out of an effort to map where vegetation is emitting and soaking up carbon dioxide from the atmosphere.

Earth’s trees and plants pull vast amounts of carbon dioxide out of the atmosphere during photosynthesis, incorporating some of that carbon into structures like wood. Areas that absorb more carbon than they emit are called carbon sinks. But plants can also emit the greenhouse gas during processes like respiration, when dead plants decay, or during combustion in the case of fires.

Researchers are particularly interested in whether – and how – plants at the scale of an ecosystem like a forest act as sources or sinks in an increasingly warming world.

A recent study led by scientists at NASA’s Jet Propulsion Laboratory in Southern California identified whether vegetated areas like forests and savannas around the world were carbon sources or sinks every year from 2000 to 2019. The research found that over the course of those two decades, living woody plants were responsible for more than 80% of the sources and sinks on land, with soil, leaf litter, and decaying organic matter making up the rest. But they also saw that vegetation retained a far smaller fraction of the carbon than the scientists originally thought.