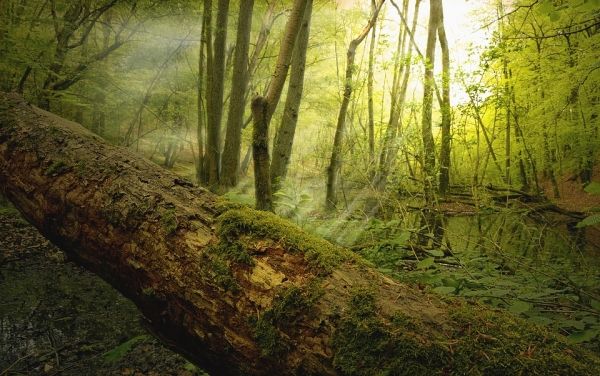 The speed at which deadwood decomposes in forests depends on the climate as well as on fungi and insects.

The speed at which deadwood decomposes in forests depends on the climate as well as on fungi and insects. An international research team has now determined the annual contribution made by deadwood to the global carbon cycle and quantified the importance of insects in the decomposition of wood for the first time.

Living trees absorb a considerable amount of carbon dioxide from the atmosphere and therefore play an important role in the protection of our climate. Little is known about the role of dead trees in the global carbon cycle, though. The decomposition of wood and the recycling of the nutrients it contains are among the most important processes to take place in forests.

How much carbon is released from decaying wood worldwide? What role do insects play in this process? These questions have now been studied in a global research project established by the Bavarian Forest National Park and coordinated by the Julius Maximilian University of Würzburg (JMU) and the Technical University of Munich (TUM).