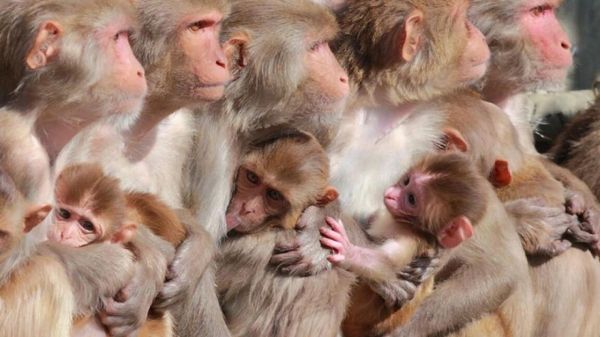 Although there are some important differences, rhesus macaques are considered a useful animal model for human pregnancy.

Rhesus macaques naturally exposed to wildfire smoke early in pregnancy had an increased rate of miscarriage, according to new research from the California National Primate Research Center at the University of California, Davis. The work is published online in the journal Reproductive Toxicology.

In November 2018, smoke from the Camp Fire in Paradise, California, about 100 miles away blanketed the Davis area. Air quality exceeded national limits and reached unhealthy levels.

The disaster coincided with the peak of breeding season for the center’s colony of rhesus macaques. Hundreds of animals at the center live in outdoor corrals in large family groups. Breeding typically takes place in the fall, with offspring born in spring after an average gestation of 166 days.