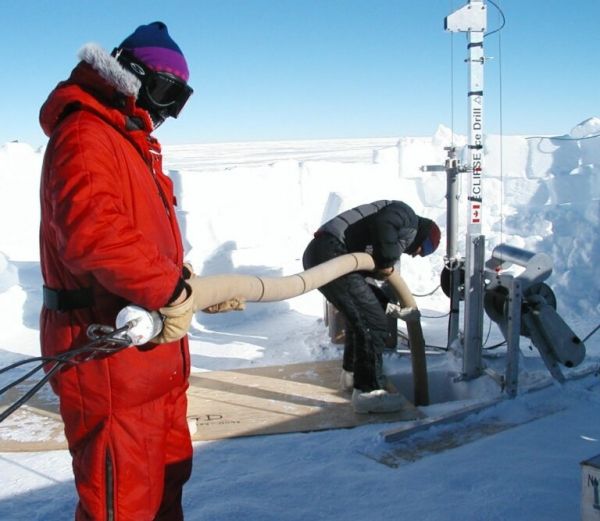 Earth system scientists at UCI studied air trapped in compacted layers of Antarctic ice and snow to come up with some answers and a few new questions about the amount of molecular hydrogen in our planet’s atmosphere.

H2 is a byproduct of fossil fuel combustion, biomass burning and the oxidation of methane, among other sources, and has an impact on global warming and the ozone layer. The UCI researchers, who were joined by scientists from the National Oceanic and Atmospheric Administration, the University of Colorado Boulder and UC San Diego, learned that molecular hydrogen increased from 330 to 550 parts per billion in Earth’s atmosphere from 1852 to 2003, the time span measured in the firn air collected near the South Pole at Megadunes, Antarctica. The team reported its findings in a paper published recently in the Proceedings of the National Academy of Sciences.

“Aging air is trapped in the perennial snowpack above an ice sheet, and sampling it gives us a highly accurate account of atmospheric composition over time,” said lead author John Patterson, a graduate student in the laboratory of Eric Saltzman, UCI professor of Earth system science. “Our paleoatmospheric reconstruction of H2 levels has greatly enhanced our understanding of anthropogenic emissions since the beginning of the industrial revolution.”