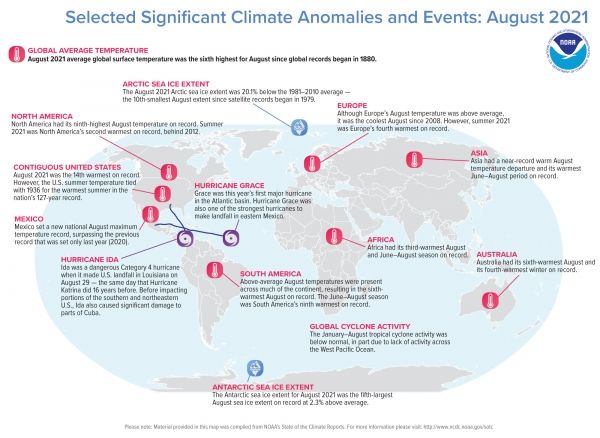 The world saw little relief from the heat in August. The month finished as the sixth-warmest August on record, following a record-hot July. Across the Northern Hemisphere, this summer tied as the second hottest on record, according to scientists at NOAA’s National Centers for Environmental Information. Here are highlights from NOAA’s latest monthly global climate report:

Regionally, Asia had its second-warmest August on record—behind August 2016—and Africa had its third warmest. North America, South America and Oceania all had an August that ranked in the top-10 warmest. Although August 2021 was warmer than average across Europe, it was the coolest August since 2008.