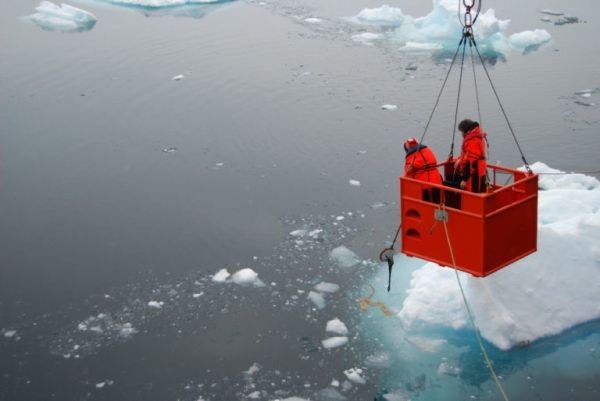 The cold polar oceans give rise to some of the largest food webs on Earth.

The cold polar oceans give rise to some of the largest food webs on Earth. And at their base are microscopic, photosynthetic algae. But human-induced climate change, a new study suggests, is displacing these important cold-water communities of algae with warm-adapted ones, a trend that threatens to destabilize the delicate marine food web and change the oceans as we know them.

At the base of marine food webs are microscopic photosynthesizing organisms called phytoplankton (from the Greek phyto for ‘plant’ and planktos for ‘wanderer’). But they vary across the global ocean. Phytoplankton communities in warmer waters, including the tropics, tend to be dominated by prokaryotes (microorganisms without a defined nucleus).

Colder waters nearer the poles, however, tend to favor eukaryotes (microorganisms with a nucleus). These photosynthesizing eukaryotes, or algae, form the basis of productive food webs in cold, but fecund polar waters.