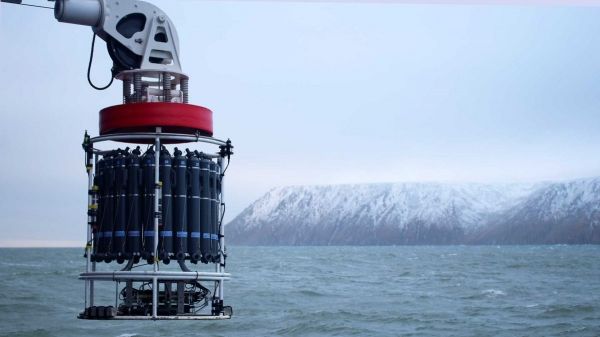 Changes in the northern Alaskan Arctic ocean environment have reached a point at which a previously rare phenomenon—widespread blooms of toxic algae—could become more commonplace, potentially threatening a wide range of marine wildlife and the people who rely on local marine resources for food.

That is the conclusion of a new study about harmful algal blooms (HABs) of the toxic algae Alexandrium catenella being published in the journal Proceedings of the National Academy of Science. The study, led by scientists at the Woods Hole Oceanographic Institution (WHOI) in collaboration with colleagues from the National Oceanic and Atmospheric Administration (NOAA) and other researchers in the U.S, Japan, and China, looked at samples from seafloor sediments and surface waters collected during 2018 and 2019 in the region extending from the Northern Bering Sea to the Chukchi and Beaufort Seas north of Alaska.

The sediment samples allowed the researchers to count and map Alexandrium cysts—a seed-like resting stage that lies dormant in the seafloor for much of the year, germinating or hatching only when conditions are suitable. The newly germinated cells swim to the surface and multiply using the sun’s energy, producing a “bloom” that can be dangerous due to the family of potent neurotoxins called saxitoxins that the free-swimming cells produce.