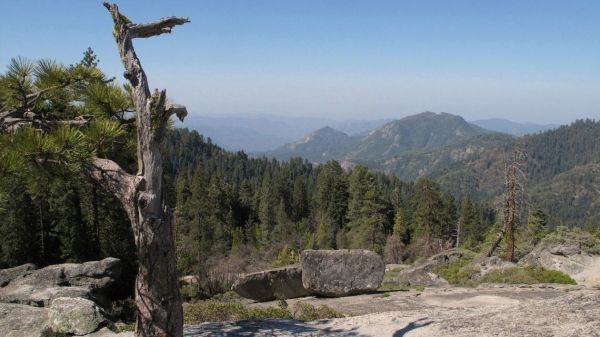 Sequoia National Park’s famous groves of stout, 300-foot-tall trees sit high on the western side of the Sierra Nevada, above California’s San Joaquin Valley. They are threatened as never before: Wildfires have burned much of the forest, and now, for the first time, insects are killing sequoias.

There is also a stealthier threat to these majestic trees and the forest ecosystem of which they are a part. Ozone levels at Sequoia and the adjacent national park, King’s Canyon, are among the highest in the United States, thanks to smog that blows in from the urban areas and farming and industrial activity in the San Joaquin Valley below. Smog levels here are sometimes as high, or higher, than they are in Los Angeles.

It has long been known that ground level, or tropospheric, ozone damages trees and other plants by affecting a host of biological processes at the cellular level. Studies have shown that high ozone levels negatively impact plant growth, vitality, photosynthesis, water balance, the flowering process, and the abilities of plants to defend themselves.