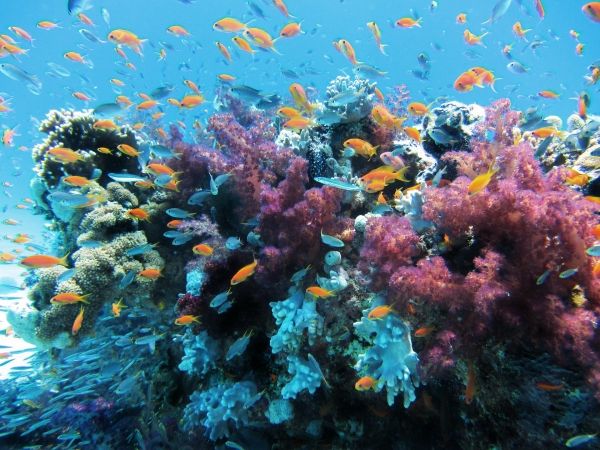 Coral reefs are the rainforests of the seas, and 30 percent of all marine biodiversity depends on them.

Coral reefs are the rainforests of the seas, and 30 percent of all marine biodiversity depends on them. In economic terms, they support the livelihoods of around a billion people around the globe. At the same time, coral reef ecosystems are severely threatened by climate change. In an article published in the current issue of the online journal Nature Reviews Earth & Environment, Professor Christian Voolstra from the University of Konstanz, along with an international group of experts, describes how to extend and harvest natural adaptive processes to increase the resilience of corals in order to increase the resilience of the reef ecosystems they build. The researchers call for implementing nature-based approaches and developing associated methods to extend the natural heat resilience of corals. The objective in a way is to provide an arsenal of methods that can help corals help themselves.

The historically close adaptation of corals to their surrounding climate is their Achilles heel under climate change. Even the goal of limiting global temperature rise to 1.5 degrees is not enough to save coral reefs. This is because corals are adapted to their surroundings to such a remarkable degree that even a small rise in temperatures can detrimentally impact them. This becomes broadly evident in coral bleaching, which is symptomatic and indicative of a dysfunctional symbiosis between corals and their essential photosynthetic algae. “We have to do something,” the researchers involved in the study demand with conviction.

Restoring coral reefs by means of fragmenting corals to grow new colonies has not proven very successful, because the same corals are used that bleached before. Thus, it is only a matter of time before these corals would bleach again during a subsequent heat wave and eventually die. Therefore, the researchers are concentrating on methods that can improve the survival of restored coral.

Read more at: University of Konstanz