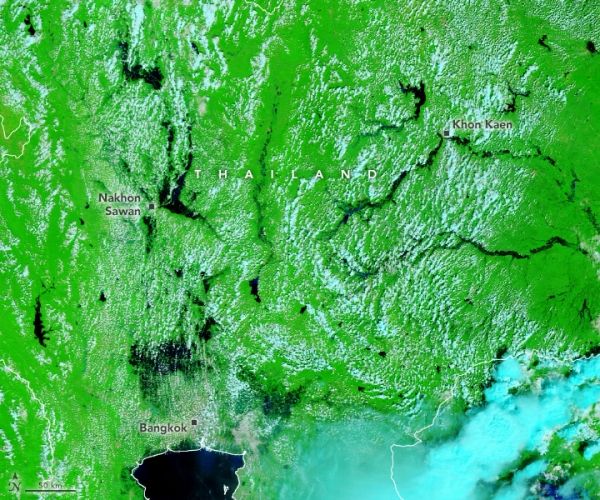 Persistent rain in mid-October 2021 brought more flooding to central and northeastern Thailand, where rivers and reservoirs were already running high. According to the Thailand Department of Disaster Prevention and Mitigation, 32 of the country’s 76 provinces have been affected by flooding during a monsoon season that has brought heavy rains for nearly a month.

In early October, historical sites in Phra Nakhon Si Ayutthaya Province, home to many temples and ruins, were flooded by the Chao Phraya River. The State Railway of Thailand also temporarily suspended some northern train routes.