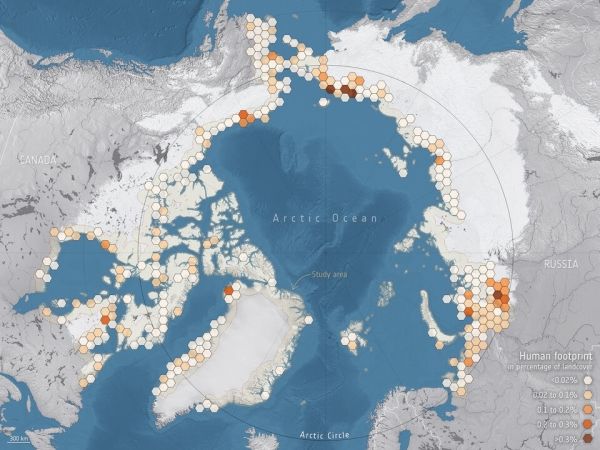 Thawing permafrost in the Arctic is already unleashing methane and carbon dioxide to the atmosphere, exacerbating global temperature rise.

As well adding to the climate crisis, this ground, which has been frozen for thousands of years, is becoming unstable and causing serious issues for local communities. For the first time, data from the Copernicus Sentinel-1 and Sentinel-2 missions along with artificial intelligence have been used to offer a complete overview of the Arctic to identify communities and infrastructure that will be at risk over the next 30 years.

The research, published in the journal Environmental Research Letters, describes how the visible traces of human presence, or ‘human footprint’, across the Arctic’s land, which is prone to thaw, has increased by 15% during the last two decades.

Permafrost is frozen soil, rock or sediment – sometimes hundreds of metres thick. To be classified as permafrost, the ground has to have been frozen for at least two years, but much of the sub-surface ground in the polar regions has remained frozen since the ice age.