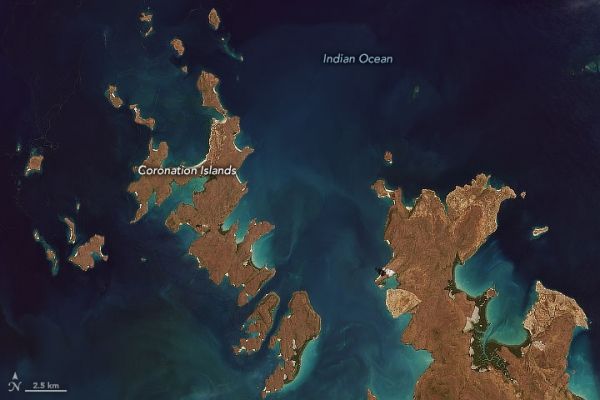 Now in its check-out period, the satellite has provided a glimpse of the compelling and useful imagery it will provide in tandem with Landsat 8.

Landsat 9, a joint mission between NASA and the U.S. Geological Survey (USGS) that launched in September 2021, has collected its first images of Earth. Acquired on October 31, the “first-light” images provide a preview of how the mission will help people manage vital natural resources and understand the impacts of climate change. The new satellite extends an unparalleled data record that spans nearly 50 years of space-based observation of Earth.

“First light is a big milestone for Landsat users; it’s the first chance to really see the kind of quality that Landsat 9 provides,” said Jeff Masek, the mission’s project scientist at NASA. “When we have Landsat 9 operating in coordination with Landsat 8, it’s going to be this wealth of data, allowing us to monitor changes to our home planet every eight days.”

The natural-color image above was cropped from the very first one taken by Landsat 9 on October 31. It shows the Coronation Islands along the Kimberly coast in the state of Western Australia. The image below shows the metropolitan area around Detroit, Michigan (U.S.) and Windsor, Ontario (Canada), along with neighboring Lake St. Clair and Lake Erie.