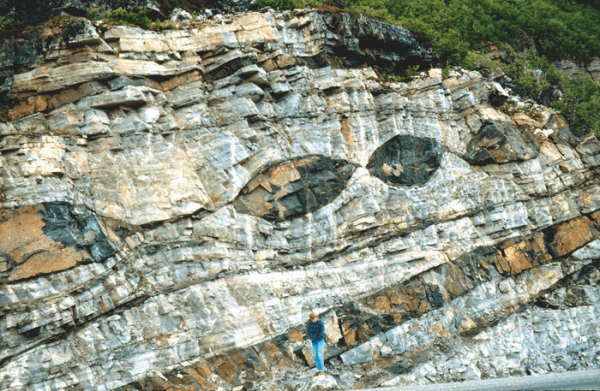 Our world’s surface is a jumble of jostling tectonic plates, with new ones emerging as others are pulled under.

Our world’s surface is a jumble of jostling tectonic plates, with new ones emerging as others are pulled under. The ongoing cycle keeps our continents in motion and drives life on Earth. But what happens when a plate disappears into the planet’s interior?

The question has long puzzled scientists because conventional wisdom said that sinking tectonic plates must remain intact to keep pulling on the portion behind it, but according to geophysical evidence, they are destroyed.

Now, in a study published Nov. 11 in Nature, scientists say they’ve found an answer that reconciles the two stories: Plates are significantly weakened as they sink but not so much that they break apart entirely.

The finding came after scientists put tectonic plates through a computer-generated gauntlet of destructive geologic forces. The model showed that as the plate enters the mantle, it bends abruptly downward, cracking its cold, brittle back. At the same time, the bending changes the fine grain structure of the rock along its underbelly, leaving it weakened. Combined, the stresses pinch the plate along its weak points, leaving it mostly intact but segmented like a slinky snake.

Image: Researchers including The University of Texas at Austin have published a study in Nature that says subducting tectonic plates become segmented like a slinky snake, in a process similar to geologic boudinage (pictured) but on a much larger scale. (Credit: Haakon Fossen, Structural Geology/Cambridge University Press)