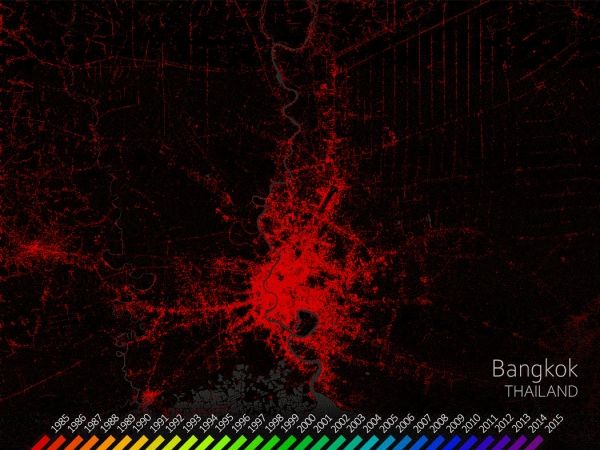 This unprecedented collection of global products on human settlement advances our understanding of urbanisation on a global scale.

The world’s population is expected to reach 9.7 billion in 2050, according to the UN Department of Economics and Social Affairs. Urban areas are already home to 55% of the world’s population and that figure is expected to grow to 68% by 2050. Rapid and unplanned urbanisation, combined with the challenges brought by climate change, can lead to an increase in air pollution, higher vulnerability to disasters, as well as issues related to the management of resources such as water, raw materials and energy.

To improve the understanding of current trends in global urbanisation, ESA and the German Aerospace Center (DLR), in collaboration with the Google Earth Engine team, are jointly developing the World Settlement Footprint – the world’s most comprehensive dataset on human settlement.