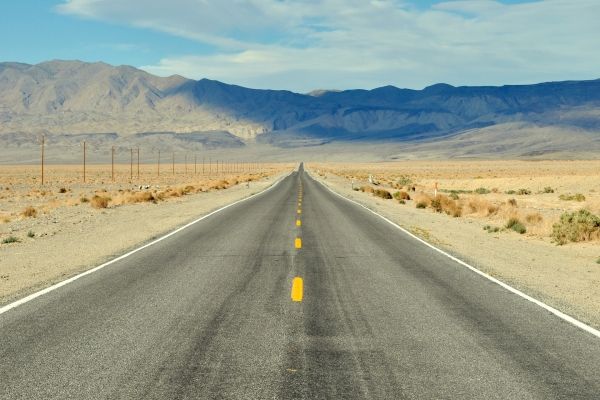 When geologist Elizabeth Miller started mapping a fault system in Death Valley, she questioned the origin of some sedimentary rocks previously assumed to be locally derived.

When geologist Elizabeth Miller started mapping a fault system in Death Valley, she questioned the origin of some sedimentary rocks previously assumed to be locally derived. Now, analysis has revealed where they really came from: central Nevada, indicating that part of today’s Great Basin was the highest land in North America some 40 million to 20 million years ago.

The journey of these sediments southward in river systems draining into the ancient Pacific Ocean tells a story about the history of the Earth and the much-debated formation of the Sierra Nevada mountain range, the awe-inspiring backbone of eastern California that encompasses three national parks: Sequoia, Kings Canyon and Yosemite.

The ancestral Sierra Nevada began as a volcanic chain more than 100 million years ago, a time when dinosaurs still roamed the Earth. New work published Nov. 15 as chapters in a Geological Society of America Special Paper on the paleogeography and topography of the western U.S. suggests that the mountains later “died” – meaning they were dwarfed by a vast plateau – during a region-wide volcanic flare-up about 40 million to 20 million years ago. Then, they were “reborn” about 10 million years ago, lifting to the scenic heights we know today.

“The highest points 40 to 20 million years ago were in central Nevada. Then, basin and range faulting came along and broke it all up, and now the Sierra Nevada is the westernmost or last of those major fault blocks,” Miller said. “As a mountain range, it’s had three completely different histories.”