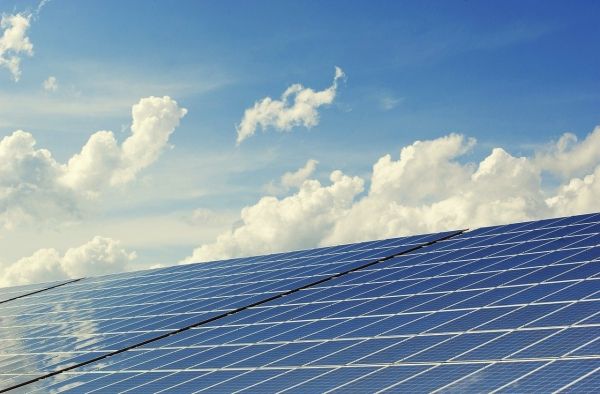 Fly into Orlando, Florida, and you may notice a 22-acre solar power array in the shape of Mickey Mouse’s head in a field just west of Disney World.

Fly into Orlando, Florida, and you may notice a 22-acre solar power array in the shape of Mickey Mouse’s head in a field just west of Disney World. Nearby, Disney also has a 270-acre solar farm of conventional design on former orchard and forest land. Park your car in any of Disney’s 32,000 parking spaces, on the other hand, and you won’t see a canopy overhead generating solar power (or providing shade) — not even if you snag one of the preferred spaces for which visitors pay up to $50 a day.

This is how it typically goes with solar arrays: We build them on open space rather than in developed areas. That is, they overwhelmingly occupy croplands, arid lands, and grasslands, not rooftops or parking lots, according to a global inventory published last month in Nature. In the United States, for instance, roughly 51 percent of utility-scale solar facilities are in deserts; 33 percent are on croplands; and 10 percent are in grasslands and forests. Just 2.5 percent of U.S. solar power comes from urban areas.

The argument for doing it this way can seem compelling: It is cheaper to build on undeveloped land than on rooftops or in parking lots. And building alternative power sources fast and cheap is critical in the race to replace fossil fuels and avert catastrophic climate change. It’s also easier to manage a few big solar farms in an open landscape than a thousand small ones scattered across urban areas.