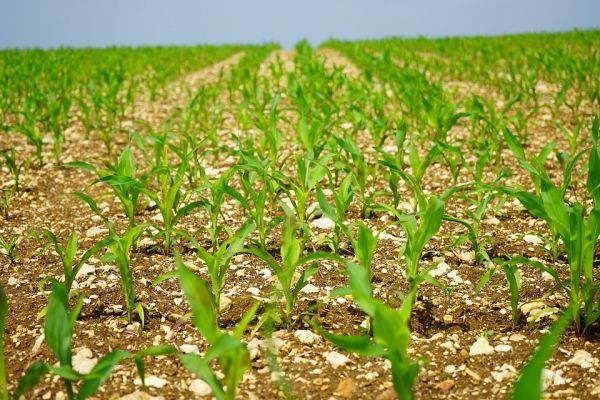 Synthetic nitrogen fertilizer is a major contributor to climate change and environmental pollution.

Synthetic nitrogen fertilizer is a major contributor to climate change and environmental pollution. Modern day agriculture was not developed to be highly nitrogen efficient and growers apply 22 million pounds of nitrogen fertilizer to crops in the U.S. annually, according to the Environmental Protection Agency.  Scientists at the Donald Danforth Plant Science Center have established a new Subterranean Influences on Nitrogen and Carbon (SINC) Center of Excellence to address this global challenge. The SINC Center aims to develop technologies to decrease the use of nitrogen fertilizer, a major contributor to greenhouse gas emissions, by 12% without the loss of crop productivity. Such a reduction in the U.S. would be equivalent to taking 10 million cars off the road.

“Everybody knows about carbon dioxide as a greenhouse gas,” said Rebecca Bart, PhD, associate member, Danforth Center and director of the SINC Center. “Nitrous oxide is released from agriculture fields, and as a greenhouse gas, is nearly 300 times more potent than carbon dioxide. Excess nitrogen applied to fields also pollutes the environment through runoff into waterways and oceans.”

Nitrogen is essential for all life on Earth but is mostly found in chemical forms that crops cannot use. Some crops, such as soybean, form symbiotic associations with bacteria, where the bacteria convert atmospheric nitrogen into accessible forms of nitrogen that plants can use. Other microbes in soil promote nitrogen cycling, uptake of nutrients and plant health. The SINC Center aims to improve the sustainability of agriculture by developing technologies to track the flow of nitrogen and carbon across plant roots, discovering novel beneficial microbes, and understanding the genetic mechanisms that influence these interactions.