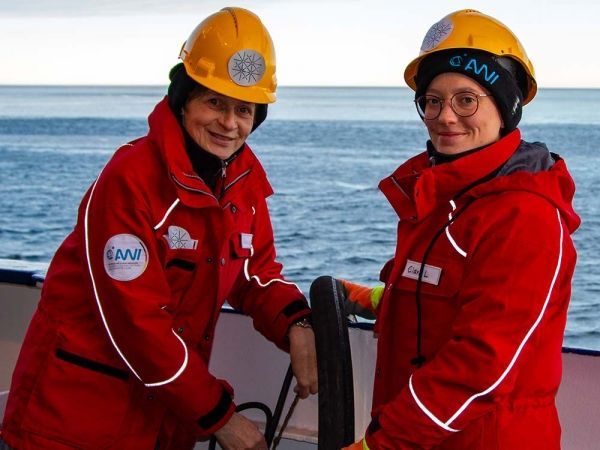 Microplastics are everywhere, even in the most remote places. Where do these tiny pieces of plastic come from?

Microplastics are everywhere, even in the most remote places. Where do these tiny pieces of plastic come from? Researchers from the University of Basel and the Alfred-Wegener Institute have shown that it takes precise analysis to answer this question.

Microplastics are an environmental problem since organisms ingest these tiny particles and can be harmed by them. Even remote regions such as Antarctica are affected. To quantify this form of pollution and find out where the small particles come from, a research team from the Department of Environmental Sciences at the University of Basel and the Alfred-Wegener Institute (AWI) at the Helmholtz Centre for Polar and Marine Research on the island of Heligoland studied water from the Weddell Sea, a region with minimal human activity.

“This is the first time a study of this scope has been conducted in Antarctica,” says Clara Leistenschneider, doctoral candidate in the Department of Environmental Sciences at the University of Basel. In the course of two expeditions with the research vessel Polarstern in 2018 and 2019, the researchers took a total of 34 surface water samples and 79 subsurface water samples. They filtered approximately eight million liters of seawater in total and discovered microplastics in it – albeit in very small quantities. The researchers have published their results in the journal Environmental Sciences and Technology.

Earlier studies of microplastics in Antarctica were conducted in regions with more research stations, shipping traffic and people. The research team led by Professor Patricia Holm (University of Basel) and Dr. Gunnar Gerdts (AWI) thus hypothesized that the remote Weddell Sea would have substantially lower concentrations of microplastics. However, their measurements showed that concentrations are only partially lower than in other regions of Antarctica.