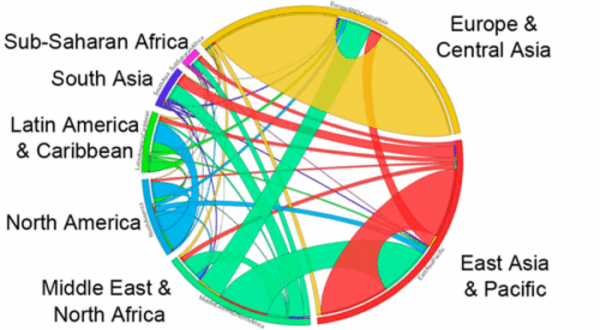 In 1950, 2 million metric tonnes of new plastic was produced globally. In 2018, the world produced 360 million metric tonnes of plastics. Because of their low cost, durability and versatility, plastics are everywhere–including in the environment–and only 9 percent of the plastic ever generated has been recycled. The vast majority ends up in landfills, where its slow degradation allows it to accumulate, while pervasive microplastics have been found everywhere, from inside living bodies to the bottom of the ocean.

“At our current rate of plastic waste generation, increasing waste management capacity will not be sufficient to reach plastic pollution goals alone,” said Vikas Khanna, associate professor of civil and environmental engineering at the University of Pittsburgh Swanson School of Engineering. “There is an urgent need to take actions like limiting global virgin plastic production from fossil fuels and designing products and packaging for recyclability.”

New research led by Khanna gives a bird’s-eye view of the scale of plastic creation globally, tracing where it’s produced, where it ends up, and its environmental impact.

Read more at: University of Pittsburgh