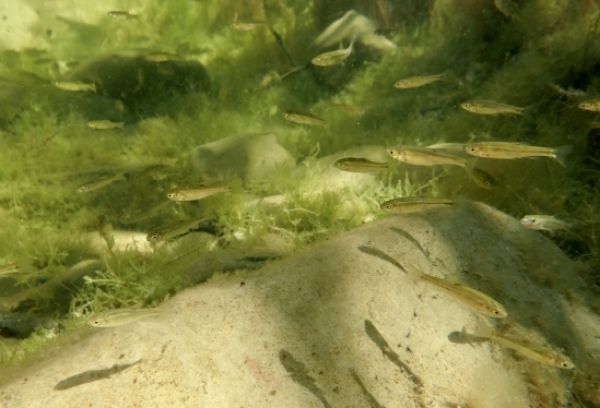 Researchers investigate the combined effect of drought and fire on stream communities, highlighting the importance of headwaters

Life is water, and water is life. This truism certainly applies to the Pacific coast, where streams and rivers function as the region’s arteries. The water they carry fosters plant life and wildlife in Southern California’s Mediterranean climate. They provide sanctuary during droughts and often serve as the nexus for recovery after fires.

Despite the importance of these waterways, scientists still don’t fully understand how they respond to fires. That’s why a team at UC Santa Barbara and the National Forest Service have studied wildfire impacts on streams over the past five years in parts of the Los Padres National Forest. The scientists’ new findings appear as the cover story in the December issue of Freshwater Science(link is external).

Three major themes emerged from their study: legacy, contingency and change. A landscape’s current condition is a legacy of its history. Additionally, what happens to an ecosystem is contingent on a host of environmental conditions before and after a disturbance. These legacy and contingency effects are playing out against a background of climate change, with ecosystems moving into novel climate and land-use scenarios.