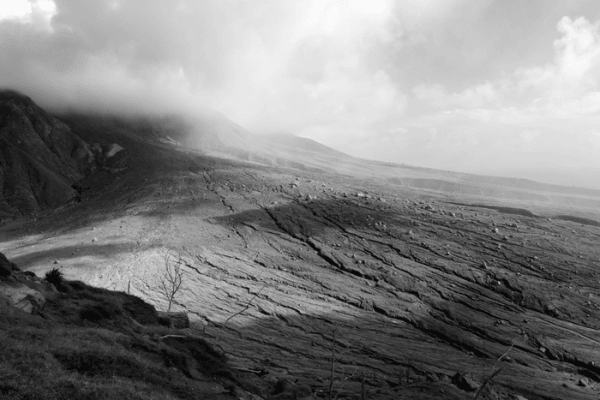 Scientists at the University of Southampton have discovered that two intense periods of volcanism triggered global cooling and falling oxygen levels in the oceans, which caused one of the most severe mass extinctions in Earth history.

Scientists at the University of Southampton have discovered that two intense periods of volcanism triggered global cooling and falling oxygen levels in the oceans, which caused one of the most severe mass extinctions in Earth history.

The researchers, working with colleagues at the University of Oldenburg, the University of Leeds and the University of Plymouth, studied the effects of volcanic ash and lava on ocean chemistry during a period of extreme environmental change around 450 million years ago. Their findings are published in the journal Nature Geoscience.

This period brought about intense planetary cooling, which culminated in a glaciation and the major ‘Late Ordovician Mass Extinction’. This extinction led to the loss of about 85% of species dwelling in the oceans, reshaping the course of evolution of life on Earth. “It’s been suggested that global cooling was driven by an increase in phosphorus input to the oceans” says Dr Jack Longman, lead author of the study based at the University of Oldenburg, and previously a postdoctoral researcher at Southampton. “Phosphorus is one of the key elements of life, determining the pace at which tiny aquatic organisms like algae can use photosynthesis to convert carbon dioxide (CO2) into organic matter”. These organisms eventually settle to the seabed and are buried, ultimately reducing levels of carbon dioxide in the atmosphere, which then causes cooling.

“The unresolved puzzle is why glaciation and extinction occurred in two distinct phases at this time, separated by about 10 million years”, states Dr Tom Gernon, Associate Professor at the University of Southampton and co-author of the study. “That requires some mechanism to pulse the supply of phosphorus, which is hard to explain”.

Read more at: University of Southampton

Volcanic deposits both on land and on the seafloor are rapidly weathered, releasing nutrients like phosphorus to the oceans (example shown here is Montserrat, West Indies). (Photo Credit: Dr Tom Gernon/University of Southampton [@TMGernon])