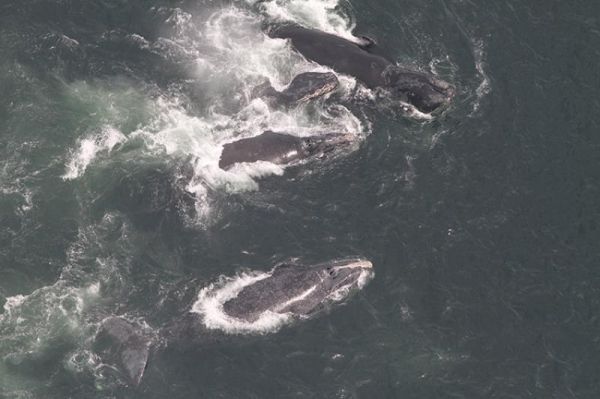 A new study confirms that the Gulf of St. Lawrence is an important habitat for a large proportion of the endangered North Atlantic right whale population.

Researchers have identified 187 individual North Atlantic right whales—about 40 percent of the catalogued population—in Canada’s Gulf of St. Lawrence during the summer. They used photographs of North Atlantic right whales collected during surveys conducted between 2015 and 2019. Many of the right whales remain in the area through the summer and autumn, feeding and socializing primarily in southern parts of the Gulf. Almost all of these whales return every year—a pattern not seen elsewhere—and stay for up to 5 months.

“In order to design effective protection measures for this endangered species, we need to know when and where they are present,” said Leah Crowe. Crowe is a marine mammal researcher at the Northeast Fisheries Science Center laboratory in Woods Hole, Massachusetts and lead author of the right whale study published in Endangered Species Research. “We found that the Gulf of St. Lawrence is an important habitat for a large segment of the population.”

Among other study findings: