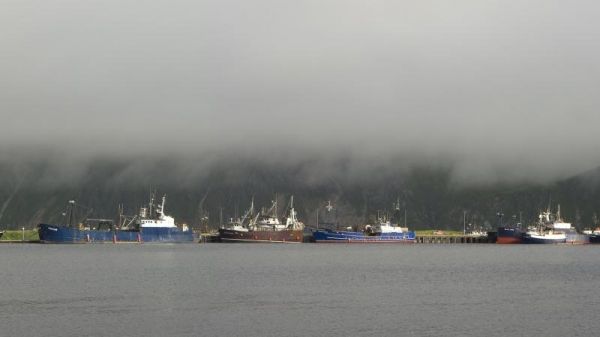 Scientists see an overall decline in Pacific cod and pollock productivity in the Gulf of Alaska as compared to recent decades.

NOAA Fisheries scientists have developed a new modeling approach to evaluate changing fish population productivity in light of warming ocean temperatures. Fish stock productivity is determined by estimating the number of fish that survive from eggs and larvae to become adults annually.

Scientists used the approach to evaluate productivity for two important commercial fish stocks in the Gulf of Alaska. They found that for pollock and, especially, Pacific cod, sea surface temperatures in the Gulf of Alaska are already less conducive to successful fish development, growth and survival than in recent decades.

“A critical step in climate change adaptation is the ability to effectively evaluate the likely impacts on individual fisheries,” said Mike Litzow, Kodiak Laboratory Director, Alaska Fisheries Science Center, and lead author for this study. “We have to make inferences about how fish populations are likely to fare in ecosystem states that have never been observed before on short time scales - this decade and the next.”