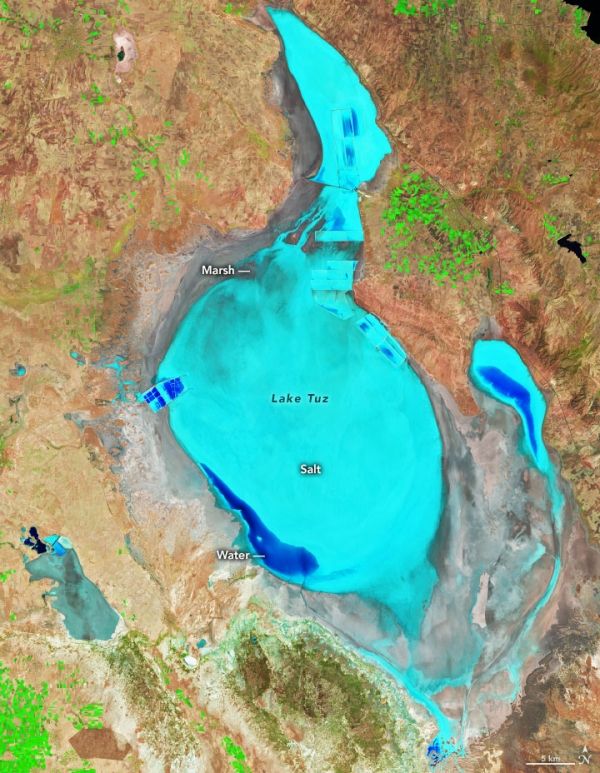 Once the second-largest lake in Turkey, it now rarely spans an area much larger than a puddle.

Lake Tuz was once the second-largest lake in Turkey. Flamingos flocked there to feed and nest. People visited to witness the lake’s seasonal color changes and to steep in the mineral rich water, mud, and salt.

Now, the lake rarely spans an area much larger than a puddle. In some summers it completely dries up. “Lake Tuz is unfortunately in danger of desiccation,” said Fulya Aydin-Kandemir, a scientist at the Hydropolitics Association of Turkey, and external lecturer at Akdeniz University.

Lake Tuz is a saline lake (Tuz is Turkish for “salt”) located on the Central Anatolia plateau, about 150 kilometers (90 miles) south-southeast of Ankara. It is fed by groundwater that originates in the Northern Taurus Mountains and passes through Konya Plain and Obruk Plateau bubbles up into Lake Tuz via springs. Other sources of water include two major streams, and rain that primarily falls in the springtime. The lake has no outlet.