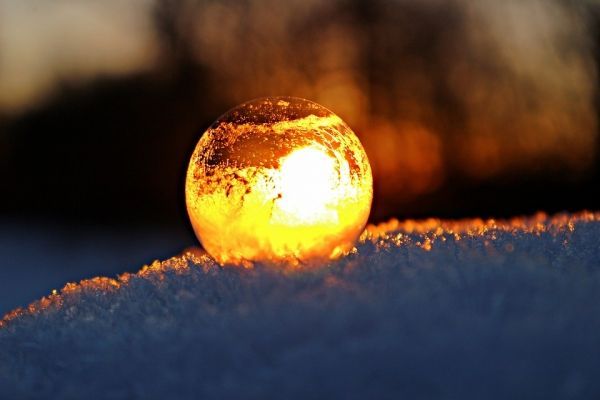 “Some say the world will end in fire,” wrote Robert Frost a century ago.

“Some say the world will end in fire,” wrote Robert Frost a century ago. The poet described one popular take on the world’s end before shifting to its apocalyptic opposite, writing, “some say in ice.”

But the relationship between fire and ice, in terms of Earth’s climate, is not quite as “either or” as Frost depicted. In the case of a study presented today at the 2021 AGU Fall Meeting in New Orleans, that relationship is more “give and take.”

The team of researchers behind the recent study describe a link between dwindling sea ice and worsening wildfires in the western United States. As sea ice melts from July to October, sunlight warms the increasingly iceless, surrounding area. This ultimately brings heat and fire-favorable conditions to distant states like California, Washington, and Oregon later in autumn and early winter.

The researchers describe this relationship—its existence previously known, but its underlying mechanism now described for the first time—as similarly influential as climate patterns like the El Niño-Southern Oscillation.