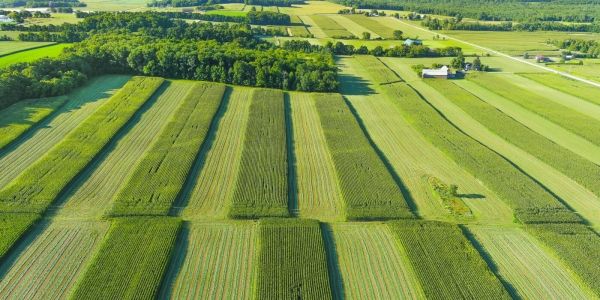 In recent years, soybean fields and other crops and trees across the Midwest have been experiencing more damage from drift of herbicides, particularly those plants grown from seeds that have not been genetically modified to be herbicide-tolerant. The drift onto unintended plants causes leaves to curl and shrivel and may permanently damage a crop.

To learn more about how the different chemical agents interact in herbicide formulations, a team of researchers at the McKelvey School of Engineering at Washington University in St. Louis is developing a framework to understand how the pieces come together, said Kimberly M. Parker, assistant professor of energy, environmental and chemical engineering. Her collaborators in this work are Stephen M. Sharkey, a fourth-year doctoral student in Parker’s lab, and Brent J. Williams, associate professor of energy, environmental and chemical engineering. Their outlook was published in the journal Environmental Science & Technology Nov. 23.