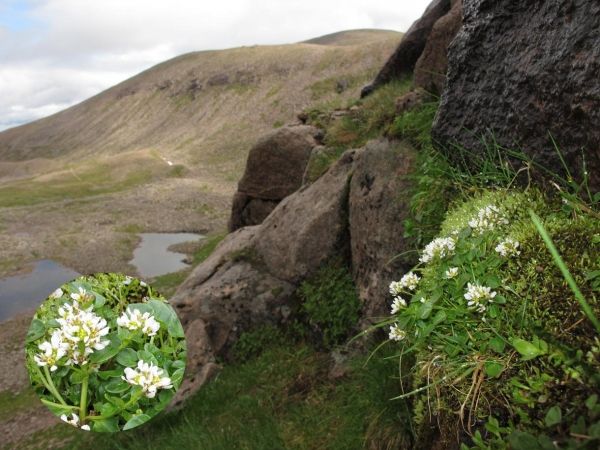 As cold relics in an increasingly warming world, plants of the spoonweed group time and again quickly adapted to a changing climate during the Ice Ages of the last two million years. An international team of evolutionary biologists and botanists led by Prof. Dr Marcus Koch of Heidelberg University used genomic analyses to study what factors favour adaptation to extreme climatic conditions. The evolutionary history of the Brassicaceae family provides insights into how plants may be able to cope with climate change in the future.

“With the challenges of increasing global warming, developing a basic understanding of how plants adapted to severe environmental change is increasingly urgent,” stresses Prof. Koch, whose “Biodiversity and Plant Systematics” working group conducts research at the Centre for Organismal Studies (COS). In many cases, their evolutionary past also strongly determines the future adaptability of plants as well as their ability to develop into new forms and types, he continues. The spoonweed genus, or Latin Cochlearia, from the Brassicaceae family separated from its Mediterranean relatives more than ten million years ago. While their direct descendants specialised in response to drought stress, the spoonweeds conquered the cold and arctic habitats at the beginning of the Ice Age 2.5 million years ago.