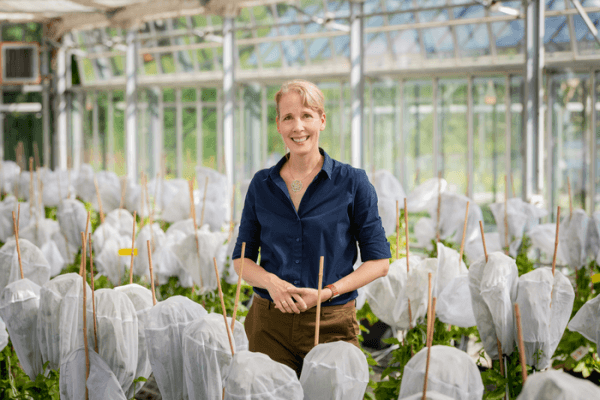 Plants, like other organisms, can be severely affected by heat stress.

Plants, like other organisms, can be severely affected by heat stress. To increase their chances of survival, they activate the heat shock response, a molecular pathway also employed by human and animal cells for stress protection. Researchers from the Technical University of Munich (TUM) have now discovered that plant steroid hormones can promote this response in plants.

It may be hard to remember in winter, but July 2021 was the hottest month ever documented. In the USA, the mean temperature was higher than the average for July by 2,6 degrees Fahrenheit, and many southern European countries saw temperatures above 45 degrees Celsius including an all-time high temperature of 48,8 degrees Celsius recorded on the eastern coast of Sicily in Italy.

The past few decades have seen increased incidences of heat waves with record highs around the globe, and this is seen as a result of climate change. Heat waves have been occurring more frequently, have been hotter, and have been lasting longer with severe consequences not only for humans and animals but also for plants. “Heat stress can negatively affect plants in their natural habitats and destabilize ecosystems while also drastically reducing crop harvests, thereby threatening our food security,” says Brigitte Poppenberger, Professor for Biotechnology of Horticultural Crops.of carbon dioxide, methane and other gases arising from the decomposition of organic matter.