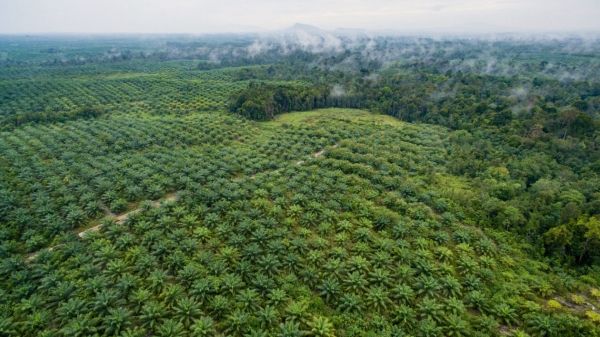 Tom Jeffries and Tom Kelleher met at Rutgers University in the 1970s while studying industrially useful microbes. Jeffries went on to run a yeast genomics program at the U.S. Department of Agriculture; Kelleher spent decades in the biomedical industry, working with biologics like insulin, which are produced by genetically modified microbes in giant, fermenting vats. In 2007, the two reunited to build a company on the back of a grant from the National Science Foundation. Called Xylome, the Wisconsin-based startup aimed to find better methods to produce low-carbon fuel by feeding yeast agricultural waste.

Yet it was by accident that Jeffries and Kelleher turned their efforts a few years later to a different global environmental problem: palm oil.

The world’s cheapest and most widely used vegetable oil, palm oil production is a primary driver of deforestation and biodiversity loss in the tropics. These and other problems with the palm oil industry, such as exploitative labor practices, have for years driven interest in more sustainable options. But good alternatives have proven difficult to come by: Other vegetable oils have similar drawbacks to palm oil, and sustainable forestry practices are not always effective in the face of rising demand. Today, the world consumes nearly 70 million metric tons of palm oil each year, used in everything from toothpaste and oat milk to biodiesel and laundry detergent. Demand is expected to more than double by 2050.

But with advances in bioengineering and increasing concerns about sustainability, a number of companies like Xylome have developed microbial oils they say could offer an alternative to palm oil while avoiding its most destructive impacts. They join numerous other synthetic biology companies — from ventures hawking new biofuels and fertilizer to lab-grown meat — that aspire to solve environmental problems but share similar challenges scaling up production and demonstrating their approach is in fact more sustainable than the problem they’re trying to solve.