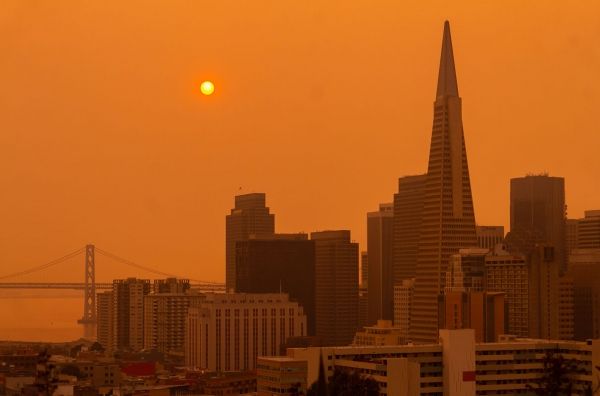 Large wildfires and severe heat events are happening more often at the same time, worsening air pollution across the western United States, a study led by Washington State University researchers has found. In 2020, more than 68% of the western U.S. – representing about 43 million people – were affected in one day by the resulting harmful-levels of air pollution, the highest number in 20 years.

The study, published in Science Advances, found that such widespread air pollution events are not only increasing in frequency but also persisting longer and affecting a larger geographic extent across the region. They have become so bad that they have reversed many gains of the Clean Air Act. The conditions that create these episodes are also expected to continue to increase, along with their threats to human health.

“We have seen an increasing trend in the past 20 years of days when high-levels of both particulate matter and ozone are occurring simultaneously,” said lead author Dmitri Kalashnikov, a WSU doctoral student. “This is tied to two things: more wildfires and increases in the types of weather patterns that cause both wildfires and hot weather.”

When wildfires and extreme heat occur at the same time, they magnify air pollution: wildfire smoke increases fine particulate matter in the air and the heat combines the smoke and other pollutants to create more ground-level ozone. While in the stratosphere ozone is protective, ozone that forms at the ground level has long been recognized as harmful to human health. It’s a major component of smog, and reducing it was a major goal of clean air policies in the twentieth century. Simultaneous exposure of millions of people to high levels of both pollutants, ground-level ozone and particulate matter, poses a substantial public health burden.

Unhealthy air in downtown San Francisco due to the Napa Glass fire, one of the many large wildfires in 2020. (Photo Credit: Bjorn Bakstad)