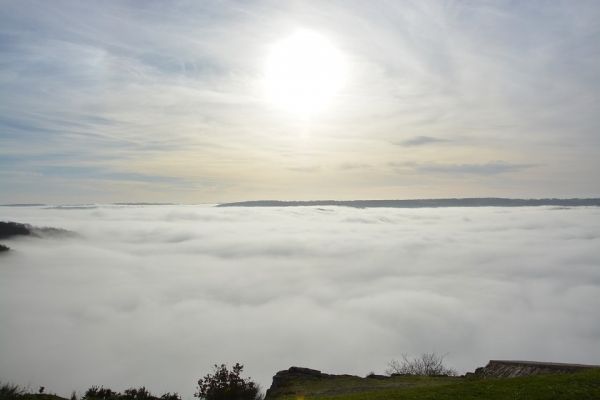 Clouds have significant impact on the energy balance of the Earth system.

Clouds have significant impact on the energy balance of the Earth system. Low clouds such as Stratocumulus, Cumulus and Stratus cover about 30 percent of the Earth surface and have a net cooling effect on our climate. What counteracts global warming, can have economic consequences: a persistently dense and low cloud cover over land can reduce agricultural production and the solar-power generation. Understanding the factors governing low cloud cover is not only important for regional weather forecasting and global climate prediction but also for their socioeconomic effects.

Aerosol effects on cloud formation are key to understand climate forcing in the Anthropocene. Wildfires inject large amounts of biomass burning aerosol particles into the atmosphere, which by interacting with clouds, strongly enhance the formation of marine stratocumulus cloud. But their role in regions with strong human activities and complex monsoon circulation remains unclear.

An international team led by Yafang Cheng from the Max Planck Institute for Chemistry (MPIC) and Aijun Ding from Nanjing University have now investigated the role of wildfires in the formation of low clouds in southern Asia, a region that covers a land area of about 500,000 km2 with approximately 270 million inhabitants. The researchers used a comprehensive approach combining model simulations with multiple information from weather observations, biomass burning emissions and satellites data.