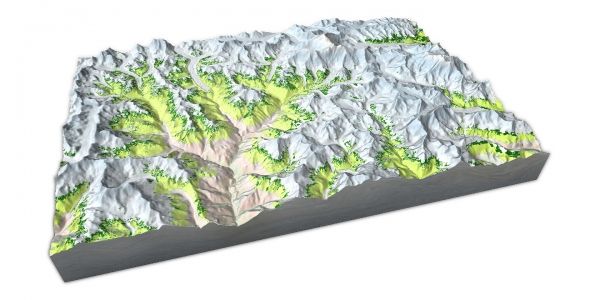 Increasing vegetation in the Himalaya may have implications for water supplies.

In 2017, while exploring rock glaciers in the Himalaya, eco-hydrologist Karen Anderson couldn’t help but wonder about the plants. Shrubs and grasses seemed to be thriving across many of the high-altitude mountain slopes.

The landscape made her wonder: “Is there more plant coverage now than in the past?” The question seems simple, but the answer has complex and important implications for the region’s water cycle. Research in other parts of the world has shown that changes in the type and expanse of vegetation can lead to changes in the flows and stores of water. So, an expansion of plants in the Himalaya—not just the retreat of glaciers—could affect the water supply for one fifth of Earth’s human population.

But how this plant-water relationship will play out remains unclear. “There is such a lack of information about Himalayan ecology in this high-altitude zone, at least in western science, that we don’t really understand what the impacts of changing vegetation will be,” Anderson said. “Most of the scientific expeditions to the Himalaya have been to the glaciers, which have been an area of major concern as they retreat under climate change.”