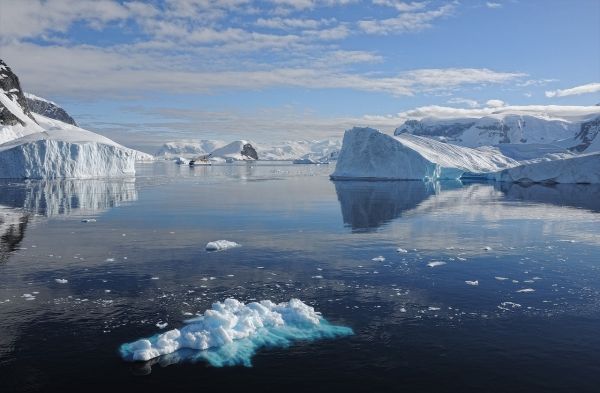 Despite global warming and the sea-ice loss in the Arctic, the Antarctic sea-ice extent has remained largely unchanged since 1979.

Despite global warming and the sea-ice loss in the Arctic, the Antarctic sea-ice extent has remained largely unchanged since 1979. However, existing climate model-based simulations indicate significant sea-ice loss, contrary to actual observations. As experts from the Alfred Wegener Institute have now shown, the ocean may weaken warming around Antarctica and delay sea-ice retreat. Given that many models are not capable of accurately reflecting this factor and the role of ocean eddies, the study, which was just published in the journal Nature Communications, provides the basis for improved simulations and forecasts of the future development of the Antarctic.

Global warming is progressing rapidly, producing effects that can be felt around the world. The impacts of climate change are especially dramatic in the Arctic: since the beginning of satellite observation in 1979, the sea ice has declined massively in the face of rising global temperatures. According to the latest simulations, the Arctic could be consistently ice-free in summer before 2050, and in some years even before 2030.

Yet on the other side of the planet in Antarctica, the sea ice seems to have evaded the global warming trend. Since 2010, there have been more interannual fluctuations than in the previous period. However, apart from a significant negative excursion in the years 2016 to 2019, the long-term mean sea-ice cover around the Antarctic continent has remained stable since 1979. As such, the observable reality does not match the majority of scientific simulations, which show a significant sea-ice loss over the same timeframe. "This so-called Antarctic sea-ice paradox has preoccupied the scientific community for some time now," says first author Thomas Rackow from the Alfred Wegener Institute, Helmholtz Centre for Polar and Marine Research (AWI). "The current models cannot yet correctly describe the behaviour of the Antarctic sea ice; some key element seems to be missing. This also explains why the Intergovernmental Panel on Climate Change, IPCC, concludes that the confidence level for model-based projections of future Antarctic sea ice is low." In contrast, the models are already so reliable in the Arctic that the IPCC ascribes a high confidence level to their projections. "With our study, we now provide a basis that could make future projections for Antarctica much more reliable."