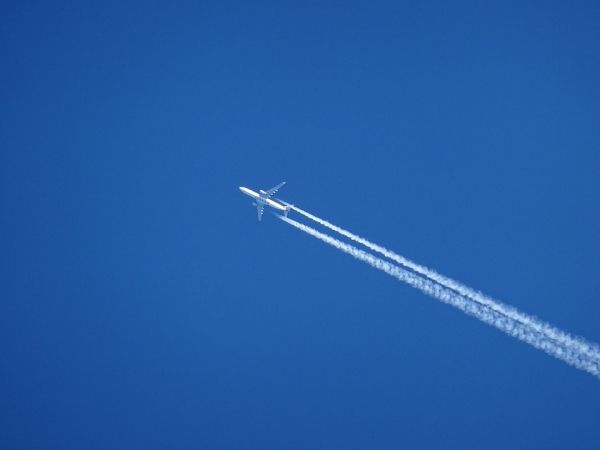 As Covid-19’s initial wave crested around the world, travel restrictions and a drop in passengers led to a record number of grounded flights in 2020.

As Covid-19’s initial wave crested around the world, travel restrictions and a drop in passengers led to a record number of grounded flights in 2020. The air travel reduction cleared the skies of not just jets but also the fluffy white contrails they produce high in the atmosphere.

MIT engineers have mapped the contrails that were generated over the United States in 2020, and compared the results to prepandemic years. They found that on any given day in 2018, and again in 2019, contrails covered a total area equal to Massachusetts and Connecticut combined. In 2020, this contrail coverage shrank by about 20 percent, mirroring a similar drop in U.S. flights.

While 2020’s contrail dip may not be surprising, the findings are proof that the team’s mapping technique works. Their study marks the first time researchers have captured the fine and ephemeral details of contrails over a large continental scale.

Now, the researchers are applying the technique to predict where in the atmosphere contrails are likely to form. The cloud-like formations are known to play a significant role in aviation-related global warming. The team is working with major airlines to forecast regions in the atmosphere where contrails may form, and to reroute planes around these regions to minimize contrail production.