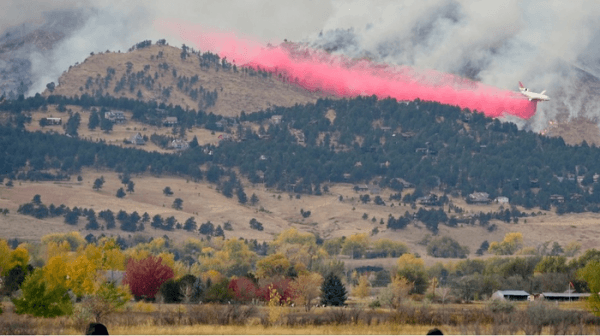 Fires have gotten larger, more frequent and more widespread across the United States since 2000, according to a new CIRES Earth Lab-led paper.

Fires have gotten larger, more frequent and more widespread across the United States since 2000, according to a new CIRES Earth Lab-led paper. Recent wildfires have stoked concern that climate change is causing more extreme events, and the work published today in Science Advances shows that large fires have not only become more common, they are also spreading into new areas, impacting land that previously did not burn.

“Projected changes in climate, fuel and ignitions suggest that we’ll see more and larger fires in the future. Our analyses show that those changes are already happening,” said Virginia Iglesias, a research scientist with CIRES' Earth Lab and lead author of the paper.

To evaluate how the size, frequency and extent of fires have changed in the United States, Iglesias and her colleagues analyzed data from over 28,000 fires that occurred between 1984 and 2018 from the Monitoring Trends in Burn Severity (MTBS) dataset, which combines satellite imagery with the best available state and federal fire history records.

Read more at: University of Colorado at Boulder

A DC-10 drops fire retardant on the edge of the 2020 Calwood Fire in Colorado. (Photo Credit:William Travis, University of Colorado)