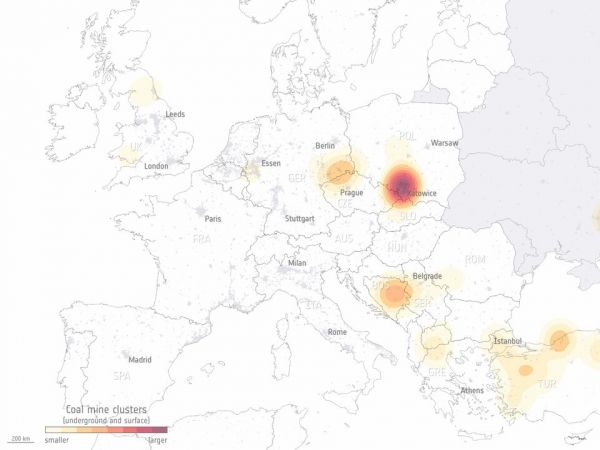 Data from the Tropomi instrument onboard the Copernicus Sentinel-5P satellite has been used to detect methane plumes over some of Europe’s largest methane-emitting coal mines.

Methane is an important greenhouse gas emitted from natural sources, such as wetlands, as well as human activities including agriculture, wastewater management and fossil-fuel production. Methane is the second most abundant anthropogenic greenhouse gas after carbon dioxide yet is more than 25 times as potent as carbon dioxide at trapping heat in the atmosphere.

It is important to track and manage fugitive methane emissions, gases that escape or leak unintentionally or through a controlled release from industrial processes, as significant gains can be achieved in limiting global temperature increase by curbing such emissions.

It is therefore critical to implement policies aimed at reducing methane emissions as a key to combating climate change. This is particularly timely with more than 100 countries signing up to the Global Methane Pledge which aims to limit methane emissions by 30% by 2030, signed during the COP26 at Glasgow last year.