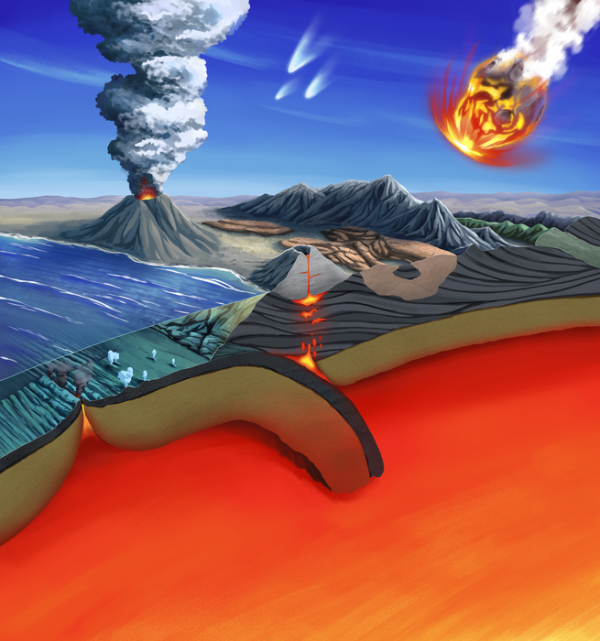 If life is abundant in the universe, atmospheric methane may be the first sign of life beyond Earth detectable by astronomers.

If life is abundant in the universe, atmospheric methane may be the first sign of life beyond Earth detectable by astronomers. Although nonbiological processes can generate methane, a new study by scientists at UC Santa Cruz establishes a set of circumstances in which a persuasive case could be made for biological activity as the source of methane in a rocky planet’s atmosphere.

This is especially noteworthy because methane is one of the few potential signs of life, or “biosignatures,” that could be readily detectable with the James Webb Space Telescope, which will begin observations later this year.

“Oxygen is often talked about as one of the best biosignatures, but it’s probably going to be hard to detect with JWST,” said Maggie Thompson, a graduate student in astronomy and astrophysics at UC Santa Cruz and lead author of the new study.

Despite some prior studies on methane biosignatures, there had not been an up-to-date, dedicated assessment of the planetary conditions needed for methane to be a good biosignature. “We wanted to provide a framework for interpreting observations, so if we see a rocky planet with methane, we know what other observations are needed for it to be a persuasive biosignature,” Thompson said.

Image: Methane in a planet’s atmosphere may be a sign of life if nonbiological sources can be ruled out. This illustration summarizes the known abiotic sources of methane on Earth, including outgassing from volcanoes, reactions in settings such as mid-ocean ridges, hydrothermal vents, and subduction zones, and impacts from asteroids and comets. (Credit: © 2022 Elena Hartley)