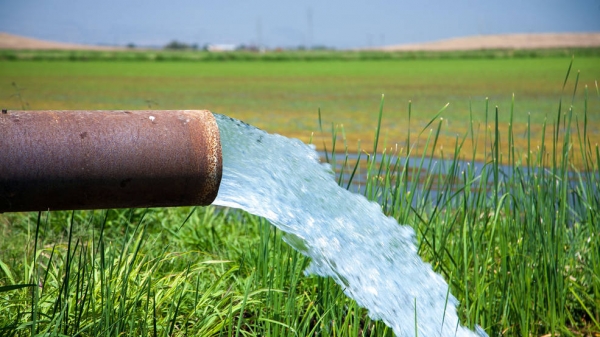 Researchers have untangled puzzling patterns of sinking and rising land to pin down the underground locations where water is being pumped for irrigation.

Scientists have produced a new method that holds the promise of improving groundwater management – critical to both life and agriculture in dry regions. The method sorts out how much underground water loss comes from aquifers confined in clay, which can be drained so dry that they will not recover, and how much comes from soil that’s not confined in an aquifer, which can be replenished by a few years of normal rains.

The research team studied California’s Tulare Basin, part of the Central Valley. The team found that the key to distinguishing between these underground sources of water relates to patterns of sinking and rising ground levels in this heavily irrigated agricultural region.

The Central Valley makes up only 1% of U.S. farmland, yet it grows an amazing 40% of the nation’s table fruits, vegetables, and nuts annually. Productivity like that is only possible because farmers augment the valley’s 5 to 10 inches (12 to 25 centimeters) of annual rainfall with extensive groundwater pumping. In drought years, more than 80% of irrigation water comes from underground.