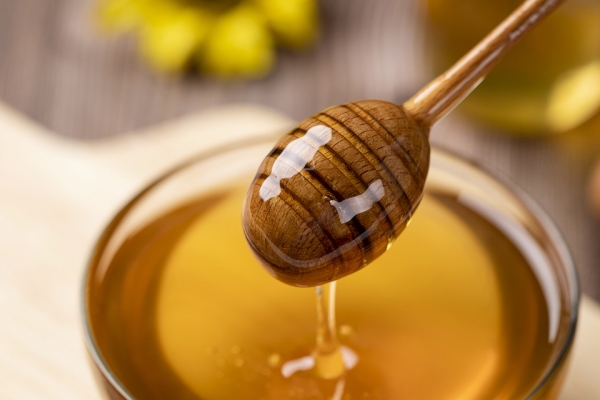 Honey might be a sweet solution for developing environmentally friendly components for neuromorphic computers, systems designed to mimic the neurons and synapses found in the human brain.

Honey might be a sweet solution for developing environmentally friendly components for neuromorphic computers, systems designed to mimic the neurons and synapses found in the human brain.

Hailed by some as the future of computing, neuromorphic systems are much faster and use much less power than traditional computers. Washington State University engineers have demonstrated one way to make them more organic too. In a study published in Journal of Physics D, the researchers show that honey can be used to make a memristor, a component similar to a transistor that can not only process but also store data in memory.

“This is a very small device with a simple structure, but it has very similar functionalities to a human neuron,” said Feng Zhao, associate professor of WSU’s School of Engineering and Computer Science and corresponding author on the study.“ This means if we can integrate millions or billions of these honey memristors together, then they can be made into a neuromorphic system that functions much like a human brain.”

For the study, Zhao and first author Brandon Sueoka, a WSU graduate student in Zhao’s lab, created memristors by processing honey into a solid form and sandwiching it between two metal electrodes, making a structure similar to a human synapse. They then tested the honey memristors’ ability to mimic the work of synapses with high switching on and off speeds of 100 and 500 nanoseconds respectively. The memristors also emulated the synapse functions known as spike-timing dependent plasticity and spike-rate dependent plasticity, which are responsible for learning processes in human brains and retaining new information in neurons.