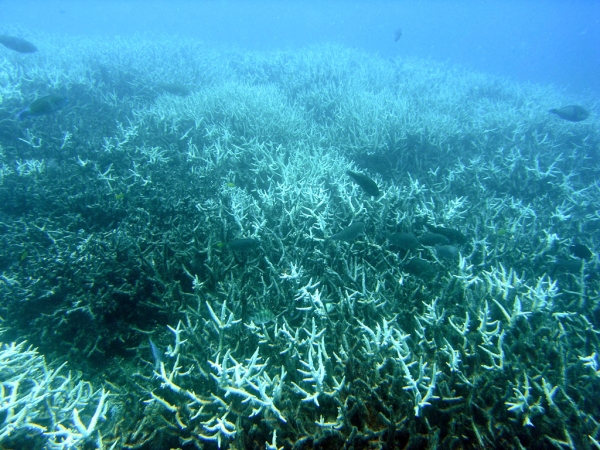 As the world sees rising ocean temperatures, it will also see more cases of coral bleaching.

As the world sees rising ocean temperatures, it will also see more cases of coral bleaching. When corals bleach, they become more vulnerable to other stressors such as water pollution.

However, many reefs harbor corals that persist despite warming oceans.

Unraveling the complex issue of coral bleaching and its impact on their survival or death may be key to conserving coral reefs — ecosystems that approximately half a billion people around the world rely on for food, jobs, recreation and coastline protection.

For the first time, scientists have mapped the location of living corals before and after a major marine heat wave. In the new study, research shows where corals are surviving despite rising ocean temperatures caused by climate change. The study also finds that coastal development and water pollution negatively affect coral reefs.