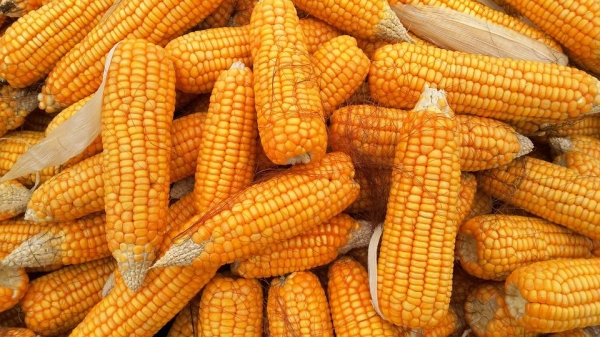 As climate change continues to alter weather patterns around the planet including the Midwest, researchers at Michigan State University are modeling the impact on crops such as corn.

As climate change continues to alter weather patterns around the planet including the Midwest, researchers at Michigan State University are modeling the impact on crops such as corn.

“The United States is the largest exporter and donor of field corn around the world,” said Felicia Wu, a John A. Hannah Distinguished Professor and an international expert on food safety in the Department of Food Science and Human Nutrition and the Department of Agricultural, Food, and Resource Economics in the College of Agriculture and Natural Resources at MSU. “Here in the U.S., we consume field corn in the form of corn chips, corn flakes, corn grits and corn tortillas; as opposed to sweet corn, which is frozen, canned and eaten off the cob. Field corn is also used for animal feed and for ethanol production.”

The fungi Aspergillus flavus and Aspergillus parasiticus produce aflatoxin which can infect peanuts, tree nuts and corn. Aflatoxin not only degrades corn quality but can also cause health problems for humans and animals depending on the amount and length of time it is ingested. While aflatoxin contamination occurs annually in the southern United States because of the hot and dry climate, it has rarely been a serious problem in the Corn Belt region of the U.S.

“When we ran our near-term climate model scenarios, we found that between 2031-2040, aflatoxin is going to become more of a problem in the U.S. Corn Belt in the Midwest,” Wu said. “The last time there was a serious problem was in 2012 when we had an unusually hot and dry summer throughout the Midwest; particularly Iowa, Illinois and Indiana.”