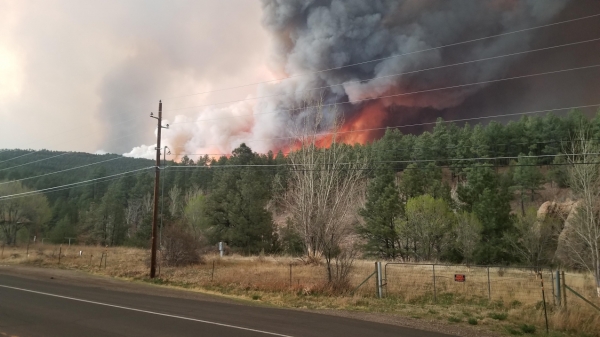 April 2022 was slightly cooler and wetter than normal across the contiguous U.S., according to the National Centers for Environmental Information. What made the month standout was an early start to the wildfire season, several tornado outbreaks and a widespread Western drought. Below are more takeaways from NOAA’s latest monthly U.S. climate report:

Climate by the numbers: April 2022
The average April temperature across the contiguous U.S. was 50.7 degrees F (0.4 of a degree below the 20th-century average), ranking in the middle third of the 128-year record.

Temperatures from the Northwest to the Great Lakes and into the mid-Mississippi Valley were generally below average, while much of the Southwest, Deep South and portions of the East Coast saw above-average temperatures.