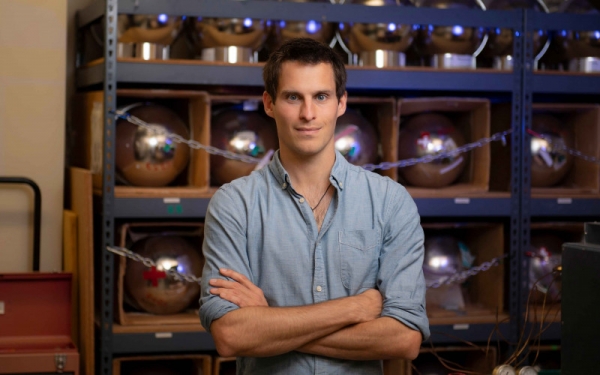 Scientists at Scripps Institution of Oceanography at UC San Diego used an unprecedented technique to detect that levels of helium are rising in the atmosphere, resolving an issue that has lingered among atmospheric chemists for decades.

The atmospheric abundance of the 4-helium (4He) isotope is rising because 4He is released during the burning and extraction of fossil fuels. The researchers report that it is increasing at a very small but, for the first time, clearly measurable rate. The 4He isotope itself does not add to the greenhouse effect that is making the planet warmer, but measures of it could serve as indirect markers of fossil-fuel use.

“The main motivation was to resolve a longstanding controversy in the science community about atmospheric helium concentrations,” said study lead author Benni Birner, a former graduate student and now postdoctoral researcher at Scripps Institution of Oceanography at UC San Diego.

The isotope 4He is produced by radioactive decay in the Earth’s crust and accumulates in the same reservoirs as fossil fuels, in particular those of natural gas. During the extraction and combustion of fossil fuels, 4He is coincidentally released, which creates another means to evaluate the scale of industrial activity.