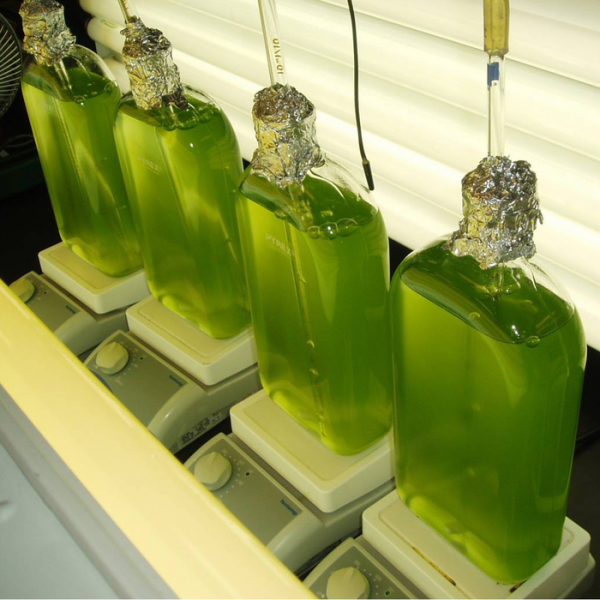 Genes contain all the instructions an organism needs to live, grow, and reproduce.

Genes contain all the instructions an organism needs to live, grow, and reproduce. But identifying a gene and learning what it does are two different things. Scientists don’t know what kinds of instructions many genes contain— their functions are unknown. A new study led by UC Riverside, Princeton University, and Stanford University has discovered the functions of hundreds of genes in algae, some of which are also present in plants. The achievement will help efforts to genetically engineer algae for biofuel production and develop strains of agricultural crops that can withstand climate change.

“Plant and algae genetics are understudied. These organisms make the foods, fuels, materials, and medicines that modern society relies on, but we have a poor understanding of how they work, which makes engineering them a difficult task,” said corresponding author Robert Jinkerson, an assistant professor of chemical and environmental engineering at UC Riverside. “A common way to learn more about biology is to mutate genes and then see how that affects the organism. By breaking the biology we can see how it works.”

The researchers used algal mutants and automated tools to perform experiments that generated millions of data points. Analysis of these datasets allowed the researchers to learn the functional role of hundreds of poorly characterized genes and to discover many new functions of previously known genes. These genes have roles in photosynthesis, DNA damage response, heat stress response, response to toxic chemicals, and response to algal predators.