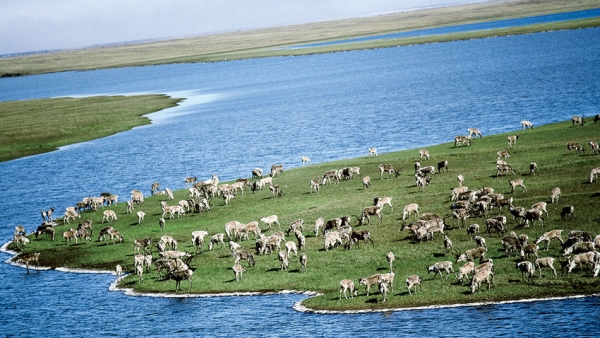 The Alaskan tundra, a vast, windswept, and treeless region at the edge of the Arctic Circle, is a place of stunning natural beauty.

In winter, the area is blanketed by darkness, and polar bears, wolves, foxes, and lynx rule the snow-covered landscape. In summer, when the sun floats above the horizon for nearly twenty-four hours a day, temperatures routinely hit the mid-sixties, and the tundra springs to life. Patches of grass, wildflowers, moss, and shrubs emerge from beneath the melting snow; thundering herds of caribou, moose, and musk ox travel north to feast on the lush vegetation; and millions of birds from all over the world, drawn by a bounty of insects, worms, and berries, swoop in to mate and raise families.

But this pristine landscape, and the intricate web of life that it supports, is under stress. Climate change is warming the Arctic twice as fast as the rest of the planet and is altering the habitats not only of its native species but of the countless migratory wayfarers who summer there.

Natalie Boelman ’04GSAS, an ecologist at Columbia’s Lamont-Doherty Earth Observatory, has spent more than a decade monitoring wildlife in the region, seeking to understand how animals are responding and adapting to the rising temperatures. Not content to follow a single species, as many ecologists do, Boelman has overseen a series of large studies to assess how the entire biome is being altered by climate change.