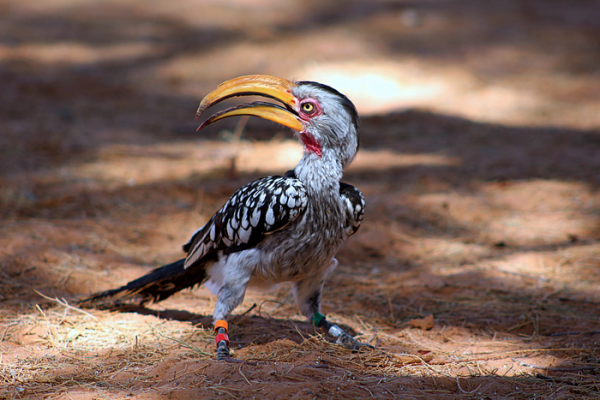 The yellow-billed hornbill, cousins of fan-favorite Zazu from The Lion King, faces local extinction due to the climate crisis.

The yellow-billed hornbill, cousins of fan-favorite Zazu from The Lion King, faces local extinction due to the climate crisis. Researchers investigated the effects of high air temperature and drought on the breeding success of southern yellow-billed hornbills in the Kalahari Desert between 2008 and 2019. This study is one of the first to research the impact of the climate crisis on population-level breeding success over a longer timescale.

The climate crisis is worsening the harsh conditions of extreme climates, such as the high temperatures and the frequency and intensity of drought periods associated with arid regions.

The animals that inhabit these regions are already suffering the consequences. For example, previous research has shown that the breeding success of multiple bird species is affected by a warming climate. They are breeding earlier and for a shorter amount of time.

“There is rapidly growing evidence for the negative effects of high temperatures on the behavior, physiology, breeding, and survival of various bird, mammal, and reptile species around the world,” said first author Dr Nicholas Pattinson, of the University of Cape Town.