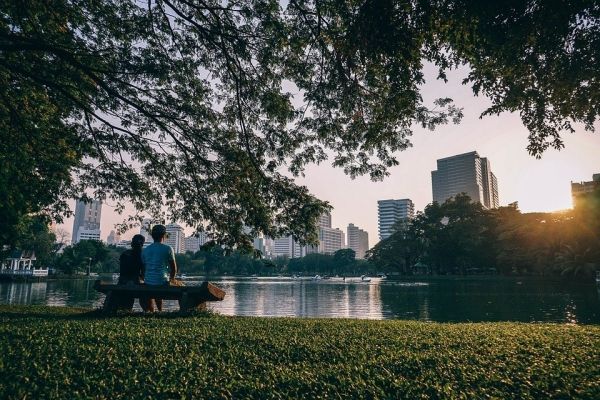 A new analysis found that between 34,000-38,000 could have been reduced with local increases in green vegetation in US metropolitan areas from 2000-2019.

A new analysis found that between 34,000-38,000 could have been reduced with local increases in green vegetation in US metropolitan areas from 2000-2019.

Increasing greenery in US urban areas may substantially reduce mortality of all causes, according to a new study led by School of Public Health researchers.

Published in the journal Frontiers in Public Health, the nationwide study found that increasing green vegetation in large, metropolitan areas could have prevented between 34,000-38,000 deaths, based on data from 2000-2019. The study also showed that overall greenness in metro areas has increased in the past 20 years, by nearly 3 percent between 2000-2010 and 11 percent between 2010-2019.

The study builds upon well-established research on the health benefits of greenness by providing a quantitative value to the potential impact of urban greening initiatives on mortality.

“We’ve known that living in greener areas can have a positive impact on our physical and mental health, but there is a lack of data on how changes in greenness distribution can affect death rates across the country,” says study lead author Paige Brochu, a PhD student in the Department of Environmental Health. “Our study quantifies the impact of greenness expansion in urban areas and shows how increasing green vegetation could potentially add to a person’s life expectancy. Policymakers and urban planners can use this information to support local climate action plans and ensure that those plans include greening initiatives.”