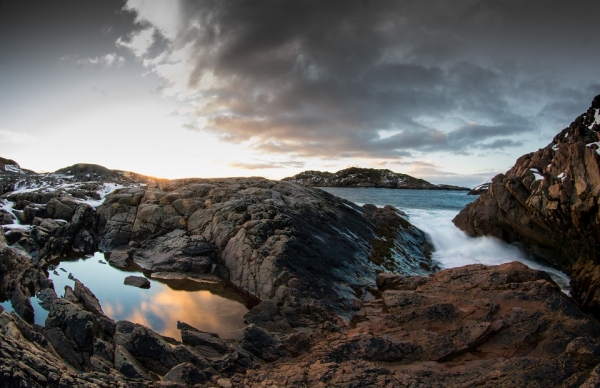 During heavy storms, the normally stratified layers of water in ocean fjords get mixed, which leads to oxygenation of the fjord floor.

During heavy storms, the normally stratified layers of water in ocean fjords get mixed, which leads to oxygenation of the fjord floor. But these storm events also result in a spike in methane emissions from fjords to the atmosphere.

Researchers from the University of Gothenburg have estimated that the total emissions of this climate-warming gas are as great from fjords as from all the deep ocean areas in the world put together.

The world’s fjords were created when the inland ice receded, and are a relatively rare natural feature, constituting only 0.13 per cent of all the oceans on Earth. However, according to researchers from the University of Gothenburg, emissions of methane from the surface of fjords are comparable to the emissions of this gas from global deep oceans which account for 84 per cent of the global sea surface area. These results were presented in an article in the prestigious science journal Limnology and Oceanography Letters.

“It’s been known for some time that many fjords have anoxic environments closest to the bottom and that methane forms in the bottom sediment. Usually, only a small portion of this gas ever reaches the atmosphere because it gets broken down as it ascends through the more oxygen-rich waters closer to the surface. But in our research, we recorded large emissions of methane when the water in the fjord was mixed during storm events, for example,” says Stefano Bonaglia, researcher in marine geochemistry at the Department of Marine Sciences at the University of Gothenburg.

Read more at University of Gothenburg