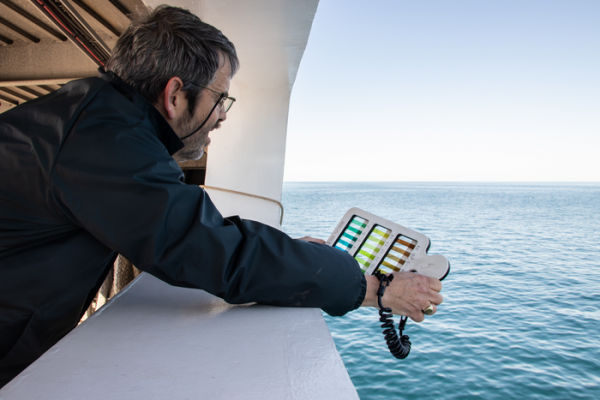 A new synthesis of two decades of data has elucidated the startling transformation of the warming Gulf of Maine.

A new synthesis of two decades of data has elucidated the startling transformation of the warming Gulf of Maine. Gathered and analyzed by researchers at Bigelow Laboratory for Ocean Sciences, the study shows many trends that all point to an overarching pattern. The Gulf of Maine is being increasingly influenced by warm water from the North Atlantic, and this is changing the very foundation of its food web.

“We've seen that the growth rate of phytoplankton is about a third of what it was 20 years ago; that’s a really big deal,” said Senior Research Scientist William Balch, lead author on the NASA-funded study. “These microscopic plants are the base of the food web on which all ocean life depends, and the change is connected to patterns and processes well beyond the Gulf of Maine.”

Published by six authors from Bigelow Laboratory and two from Bermuda Institute of Ocean Sciences, the team’s findings tell a complex, interconnected story of transformative change.

The data show that the Gulf of Maine is rapidly warming overall. At the average depth of the Gulf, around 500 feet, mean temperatures have increased almost three degrees Fahrenheit over the last 20 years. Shallow waters have warmed slightly less during that time, and, surprisingly, have cooled in the spring months. Balch’s new study is the first to show it.